REVIEW:   Although we only caught the tail end of Tommy Novak’s support set, by all accounts he gave a great performance and the snippets of video I’ve seen attest to those comments.

Sam McNally took to the stage with his usual air of casual flair, opening with Agent of Change which segued skillfully into the Miles Davis penned All Blues.

Word was that bassist Phil Scorgie had only just made it to the gig by the skin of his teeth, notwithstanding the Justifiably Erratic Transport of celestial proportions having been the cause of his tardiness, yet the audience remained oblivious to his angst as he delivered a blisteringly skillfull bass solo during All Blues.

Jason Bruer joined Sam, Phil & Dave on stage for Consequences – one of the writer’s favourite pieces – which featured the deft drumming of Dave Plenty who captured the mood completely, followed by Sam’s arrangement of the Bacharach/David song Do You Know The Way to San Hose supplemented with sweet sax solos by Mr Bruer.

Sam’s special guest vocalist Lana Rita Sayah put her own languid slant on the John Legend tune Ordinary People, followed by a truly sensational reworking of the seminal Stylus track Colours of Your Love – written by Sam McNally.  Returning for the final song of the set, Jason Bruer was joined by vocalists Elishia Semaan and Tommy Novak completing a very musically satisfying set. 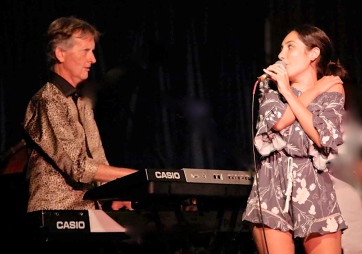 The second set began with another favourite Serendipity Samba, followed by Melrose & Vermont interspersed with Sam’s interesting and informative comments.  All vocalists returned to the stage for I Get Up and the set was concluded with a slowed-down version of  M Jackson’s The Way You Make Me Feel.  If the lazy tempo had slowed any further they may have ended up in reverse, but it was certainly an interesting and unexpected version!

The frequent interaction of synergy and smiles between the collective musicians kept the audience engaged as they created an evening of thoroughly rewarding entertainment.  Thanks everyone! 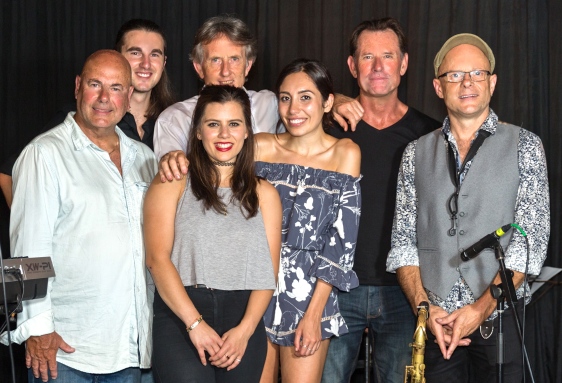